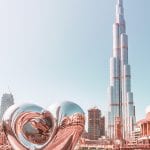 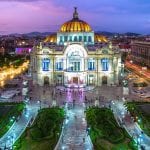 5 Reasons and 10 must-see places in Japan

Japan’s ancient culture and natural charm are unmissable and attract millions of tourists from all over the world every year. From big cities, which have everything one could want to the smallest Japanese towns, a trip to Japan is an adventure like no other. The land of the rising sun is dotted with magnificent temples and ancient traditions. In this guide, together we discover Nippon, a splendid Asian country.

Nippon is one of the most amazing countries in the western world’s northern hemisphere, meaning Japan is a total change of scenery. The country uses a language and signs with no connection with the Latin alphabet and its linguistic roots. The Japanese language is sort of the screen on an exotic and original side. Travel to Japan and meet crowds that pass each other without jostling. Gradually take your bearings, discover the trendy Japanese neighbourhoods, have fun with the Japanese dressed as in a manga and finally let yourself be moved by the class of a woman trotting in a kimono.

A trip to Japan is an opportunity to discover Japanese cuisine, the lightest in the world. Over the last few years, the rising sun’s land has become the country of light gastronomy. In Japan, you can find thousands of small restaurants and even the most improbable of taverns. Die of pleasure while eating a slice of Kobe beef and let it melt on your tongue.

Nippon is famous for its Onsens (thermal springs). These natural thermal springs are heated and loaded with minerals by their contact with volcanoes and supply public or private baths. In the Japanese mountains or by the sea, the ceremony remains the same; you’ll be given a cotton kimono and a mini towel. An Onsen is a chance to get scrubbed from head to toe, squatting on a small wooden bench before plunging, clean in the scorching waters known for their therapeutic virtues. The Onsens are a timeless journey from which one emerges zen.

Travel to Nippon will allow you to admire the fascinating Japanese fashion, making you feel that it comes from another planet. Japanese style mainly concerns large cities, where many young adults show a strong taste for clothing and for accessorizing. The result is very visual; in big cities’ trendy neighbourhoods, it’s a real fashion show that will take place before your eyes.

5. Japan: a cultural and architectural gem

Nippon is a culture shock par excellence. There everything is different, the social codes, the way of dressing, the singing, etc. A trip to Japan is also an unprecedented cultural journey, a mix between a futuristic vision and a glorious past. On the architectural side, you will be overwhelmed by the exacerbated urbanity of the big Japanese cities, with the thousands of temples and Zen gardens of small towns. You’ll also be mesmerized by the calm of the Japanese countryside or mountains.

One of the most important stops during a trip to Japan is Osaka. It is the 3rd largest city in the land of the Rising Sun. It was Japan’s capital between the middle of the 7th and the middle of the 8th century. In Osaka, you’ll find the first Buddhist temple in Japan, the Shi Tennō-Ji temple, built at the end of the 6th century. Additionally, Osaka has a dense network of canals, as it was once an important trading city in Asia. Osaka is also a mix between traditional Japanese architecture and modern Western architecture.

Among the things to see in Osaka, you will find:

● The Spectacular Aquarium: which houses specimens of the aquatic fauna of the Pacific Ocean.

● The Shitennoji Temple: one of the most ancient temples in the Asian country and the first built by the state to introduce Buddhism to Japan.

Shingu is an atypical city in Japan. It was recently founded in 1933, but pilgrims have been coming to this region for over a thousand years. Once there, you will find people in Kumano praying in the three holy shrines, Hongu, Hayatama, and Nachi.

Among the things to discover in Shingu you will find:

● Some religious rituals dating back to AD 300.

● Aikido: the most elegant martial art practised throughout the region.

● Nare-zushi Sushi: born in Shingu, the Nare-zushi is a very traditional sushi type that originates from South East Asia.

Located between Japan’s Sea and the Japanese Alps, Kanazawa developed from the 15th century to become an essential feudal city. Before a trip to Japan, you should know that Kanazawa was also the Maeda clan’s seat and rivaled Kyoto’s imperial capital, especially in craftsmanship.

Among the things to discover in Kanazawa, you will find:

● The remains of the old feudal castle Maeda: the richest daimyō (feudal lords) of the empire.

● The Kenrokuen Garden: among the three most beautiful botany gardens in Japan.

Sadly known because it was the second city to be hit by the atomic bomb, Nagasaki is today a must-see destination during your trip to Japan. Formerly, it was marked in the Middle Ages by European influence. Nagasaki’s monuments give an idea of the scale of the human tragedy it experienced and the profound absurdity of the war.

Among the things to discover in Nagasaki you will find:

Nagasaki Peace Park: a memory place for all the bombardment victims where a black pillar marks the explosion’s epicentre.

The Meganebashi: a beautiful stone bridge that crosses the Nakajima River in the centre of Nagasaki.

Mount Inasa: offers a magnificent view of the whole city.

Tokyo is truly a world apart for those who come from the western world, sometimes alienating, which causes joy and dizziness. You’ll notice that Tokyo is a blend of ancient traditions, cutting-edge technology, and historic temples that stand alongside skyscrapers during your trip to Japan.

Among the things to discover in Tokyo you will find:

● Yoyogi Park: a beautiful park near the Imperial Palace in Chiyoda.

● Odaiba: one of the most romantic spots in greater Tokyo, with its miniature Statue of Liberty and its breathtaking view of Tokyo Bay.

The island of Miyakojima is the largest of the Miyako Islands. Miyakojima is a popular summer vacation destination for the Japanese, basking on its beaches and practising scuba diving or other water activities. Miyakojima is also famous for its panoramic and clear sunsets on the horizon.

Among the things to discover in Miyakojima you will find:

● Yoshino Kaigan: the ideal beach for those who like to snorkel because colourful fish inhabit the waters around it.

Kagoshima is the Sakurajima volcano city, one of the most active in the land of the rising sun, located in Kinko Bay, south of Kyushu Island. Additionally, Kagoshima is renowned for its mild sunny climate. Ancient feudal city, the history of Kagoshima is marked by Takamori Saigo, known as the “last samurai,” who heroically died on the hill of Shiroyama in 1877.

Among the things to discover in Kagoshima, you will find:

● Senganen Garden: houses different types of flowers from all over the world and ponds, streams, shrines, and a bamboo grove.

● The Reimeikan Museum: dedicated to local history and culture.

● Sakurajima: a volcanic island whose last major eruption dates back to 1914.

Fukuoka is the eponymous prefecture capital and Kyushu’s sizable central city, Japan’s fourth significant island, the archipelago’s southernmost. Fukuoka is also a city of many souls, where ancient temples stand next to shopping malls and beautiful beaches. Before 1889, there were two neighbouring cities: Hakata and Fukuoka. When they merged, it was ultimately the latter that took the lead administratively.

Among the things to discover in Fukuoka, you will find:

● Tōchō-Ji Temple: houses the 10-meter-high statue of a wooden Buddha.

● Shofukuji Temple: the oldest Zen temple ever built in Japan.

● Momochi Park: the most advanced example of modern and futuristic architecture, with buildings such as the Fukuoka Tower.

A trip to Japan wouldn’t be complete without a visit to Yokohama, Kanagawa Prefecture capital and the second-most populous city in Japan with 3.6 million inhabitants. Located 40 kilometres south of the capital, in Tokyo Bay, Yokohama is home to the archipelago’s most important port. You’ll see that Yokohama has many tourist and cultural assets during your trip to Japan.

● Zoorasia: a zoo where animals live in their natural habitat and a place where you can shop in the luxury boutiques located on the lower floors of the Queen’s Towers.

● The Cup Noodles Museum: a museum where you can learn about instant noodles’ history through fun interactive displays and modern art installations.

Shikoku is the tiniest of the four main islands that make up Japan. Divided into four prefectures, its main cities are Matsuyama, Takamatsu, Kochi, and Tokushima. It is more rural than touristic; it is renowned for the richness of its nature and its pilgrimage to 88 Buddhist temples. Shikoku deploys authentic Japan’s charms, turned towards traditional craftsmanship, history, nature, and gastronomy as the local specialities are numerous.

We hope this guide will help you plan your trip to Japan. We invite you to share your favourite place in Japan with us. We look forward to reading your comments.

Things to do in Dubai